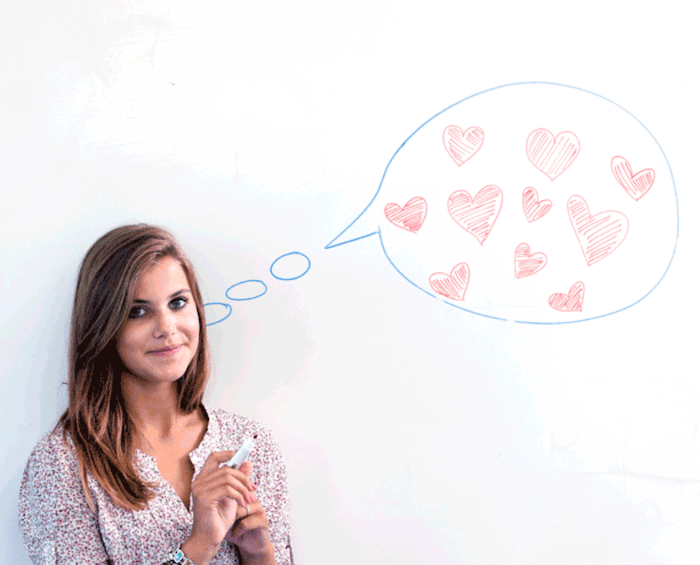 I personally created this site to share my personal and scientific insights on how to nurture a relationship and how to make things work for the best between couples. The lessons and learning that I’ll be sharing with you are all based on my experiences, personal understanding, and in-depth observation of how a healthy relationship should be.

I believe that every person who’s brave enough to enter into a serious commitment with someone has high hopes to make love last and stand the test of time. However, every relationship has its own phases and no relationship is completely spared from challenges.

That’s why I want to impart pieces of advice that could possibly help some couples who might be going through some rough patches and trying times at this moment.

Please join me as I recount my personal views and opinions that might help you understand your partner’s behavior and human qualities. And together, let’s explore the joys, pains, and bittersweet phases that evolve around every relationship.

As humans, what sets us apart from the other living creatures in this world? What makes us so special that we have to invest so much of ourselves in our relationships? Why can’t we just mate like animals do and then move on?

Mammals are the highest form of species that are characterized by a backbone. They belong to a group referred to as vertebrates which means “animals with backbone”.

This skeletal structure provides the framework for a mammal’s body which protects the inner vital organs – like the beating heart. Basically, humans can be classified as the highest form of mammals; and all mammals have the same distinctive features which include hair growing from the skin and mammary glands for females that secrete milk to feed their young.

Whether animals can feel romantic love is unknown. However, there is some evidence that proves that they are capable of experiencing a similar range of emotions as humans do because the brain folds and structure of many mammals are similar to that of the human brain.

The Human’s Capacity to Feel and Process Emotions

As humans, we are capable of feeling different kinds of emotions. These emotions that we possess are what make us complicated creatures; and more often than not, it is our emotions that tend to complicate our relationships.

Even at the earliest stages of our lives, it is already apparent that we are equipped with the capacity to feel and express our emotions. As we mature, we learn how to assess, understand and control our feelings. Thus, we are able to express our emotions rationally.

This is what makes us humans uniquely different from other mammals. The human brain has the capacity to process emotions and convert them into actions in order to achieve healthier relationships.

For example; an animals’ sexual behavior towards another is regarded as “mating” or “animal instinct” whereas, for human relationships, it’s called “making love”. Both behaviors are characterized by sexual activity; but what makes it different for humans is the existence of a certain feeling, commitment, and obligation towards his or her partner.

The Basics of a Healthy Relationship

Based on experience and from what I have learned, a healthy relationship between two humans is one that is based on mutual respect. Everything else revolves around it such as trust, love, and faithfulness.

Mutual respect doesn’t make a relationship easier or more convenient for both parties, but rather makes everything manageable and workable. When you respect your partner, you understand the factors which are important to his/her individuality as a person such as boundaries; while recognizing the ones which are essential to your relationship such as communication.

Respecting the Need for Boundaries

Respecting each other’s boundaries means allowing each other to grow and maximize your potentials. It means giving each other enough allowance or space to preserve and enjoy your individuality.

Giving each other space to grow doesn’t mean entertaining the possibilities of finding other people who can give you more pleasure and satisfaction.

In my case, my husband clearly took advantage of his boundaries when he was lured by his friends to try calling the free chat line numbers which marked the beginning of his infidelity, curiosity towards other women, and neglect of our marriage.

Respecting the Need for Communication

Communication between couples means respecting each other’s right to be heard and to be understood. It shouldn’t be used as an opportunity to justify one’s mistakes and shortcomings; but rather to admit one’s faults and to find a means to correct them. It is within human nature to communicate their differences and to determine ways to overcome them.

It took an enormous amount of communication for me and my husband to bridge the gap that resulted from his habits and secretive behavior. But in the end, our desire to keep our marriage was far stronger than any chatline free for men and any other form of adult entertainment introduced to him by his friends.

One thing I have learned about marriage is the value of compromise. It accounts for understanding and respecting each other’s choices while finding a way to meet at a common ground. My marriage is a testament to this.

After going through a series of difficult times, my husband and I decided to move to Miami from Arizona. We figured that the best way for us to start over is to get to a new starting point and see where it will take us.

He wanted a change in environment and I wanted to save our marriage. So we agreed to move to an entirely new place.

It was a sudden decision we had to make. In a rush, we found a new home within two weeks at propertiesmiami.com, a helpful website that our friend recommended that’s ideal for those who have specific standards.

We were so intent to move in right away and leave all bad memories behind. And gradually, my husband and I adjusted to our new environment while, at the same time, trying to rebuild our marriage.

We also adopted a Yorkshire Terrier which we named “Didi” to create a happier home environment for both of us. Didi is a constant reminder for us to become more patient with each other and to appreciate the new chapter in our relationship.

Our marriage is currently a work in progress. But we’re trying our best to make sense out of our past by learning from our mistakes. We’re constantly reminding each other that we’re “humans”, the highest form of mammals, who are capable of thinking rationally and controlling our emotions so we can understand each other’s needs better.

We’re also more than just living creatures in this world because we are equipped with the capacity to feel, understand and forgive each other in order to establish a healthy and genuine relationship.